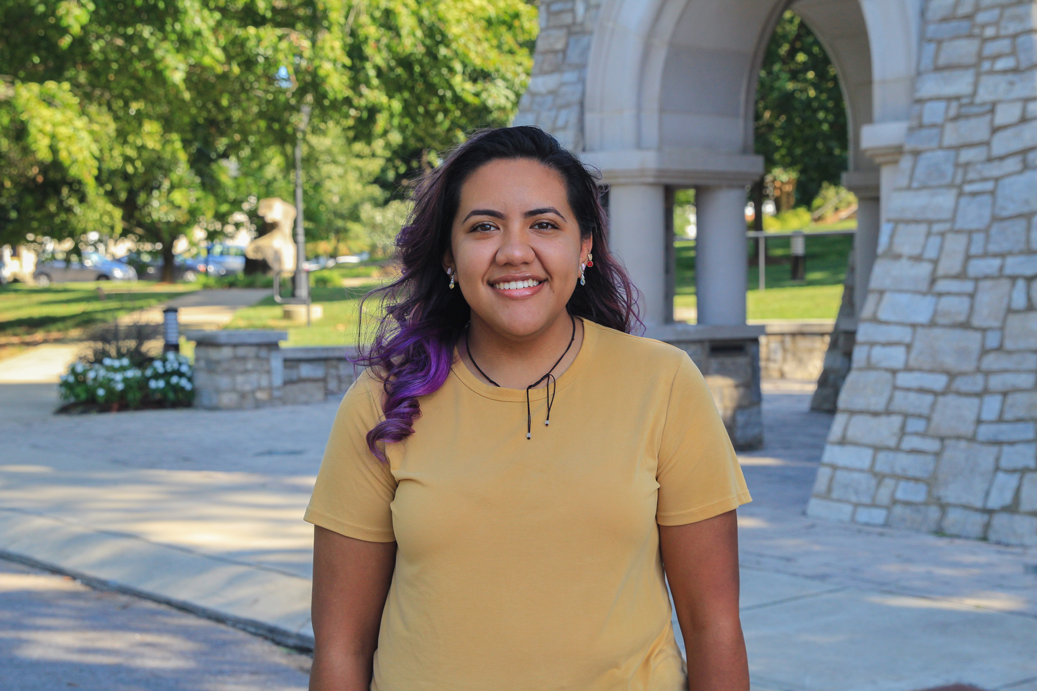 Maria Robles came to Trevecca with a dream, but at Trevecca she discovered her calling.

And it wasn’t what she’d always thought.

“I actually came in as a physics major,” Robles said. “I wanted to do Engineers Without Borders … Then, I learned about the environmental side and realized that I wanted to help underprivileged communities.”

“We work with companies to find alternative fuels they can use and reduce emissions,” Robles said, explaining her internship. Robles hopes to continue working in the field once she graduates. “I know helping the environment is my calling,” she added.

Robles, originally from Guatemala, has lived in the United States since she was 4 years old. She dreamed of going to college, but worried it was out of reach financially. Through her brother, also a Trevecca graduate, Robles found her place—and her calling—at Trevecca.

Robles is one of the recipients of Trevecca’s Build a Bridge Scholarship, a fund created to help students and their families close financial gaps that would keep students from completing their education. She’s grateful to the donors that make that scholarship and others available to students like her.

“You could be using your money for something different,” she said, “but you choose to help students so that we can prosper and help the community. That makes even more of a change, because when you give someone knowledge, they act on that knowledge and it helps everyone around them prosper.”

Robles hopes that donors understand that any gift, no matter how large or small, does more than keep students in class. Giving to Trevecca opens doors and reveals dreams students like Robles never could have imagined.

“[Donors] think it’s just money, but it’s a whole life you’re changing,” she said. “Trevecca has opened so many doors for me, like my internship. I never thought I could do that! You’re allowing students who didn’t have the option a chance to get an education.”

Because of donors to Trevecca’s Build a Bridge campaign, students like Maria have had the opportunity to discover their callings. Consider giving today to make more great stories possible.