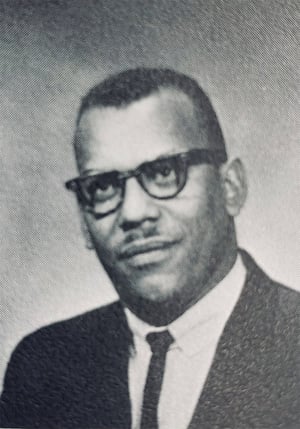 In honor of Black History month., we celebrate the life of Winston Best, the first student of color at Trevecca. Best paved the way for the diversity that is integral to the University today and went on to break down barriers as a pastor and educator.

Winston Best was born August 2, 1937, in St. George, Barbados. A studious, scholarly young man, he graduated as valedictorian at a Nazarene bible college in Trinidad, West Indies. He was in his early 20’s when he landed in Cincinnati, Ohio, and met his future wife, Deloris Hatcher. Following a chance meeting with a school administrator from Trevecca, Best moved to Nashville and pioneered desegregation at the University, becoming the first Black student to attend and graduate at TNU.

After graduating, he married Deloris and relocated to Pasadena, California, where Best received the call to pastor Bethel Nazarene Church. It was during this time that he began his career in education, teaching sixth grade at Longfellow Elementary School. Teaching became a passion for Winston, and he loved working with young people.

After earning a master’s degree in education and administrative credentials, Best was offered a vice principal position at Jefferson Middle School in Indio, California. He would later become principal. Never leaving his call to ministry behind, he also served as an associate pastor at First African Methodist Episcopal Church in Indio.

Through the remainder of his 36 years in education, Best worked as an assistant superintendent in a few different California school districts.

“He knew his job and he did it in an exemplary manner,” remembered Joe Churnside, a teacher. “One could always see that he was a good man, a good human being.”

He had broken the color barrier in many of the positions he held. At each stop, he continued his pastoral duties in dynamic African American churches.

In retirement, the Bests moved back to Palm Desert to be close to their grandchildren.  He continued to be faithful in preaching and counseling for churches.

Best touched the lives of many people. His humility, humor, integrity and love of Christ set him apart. He is a true hero who loved the Lord in all he did, leaving a legacy of having run the race well.

Best went home to be with the Lord in April 2019. In 2020, Trevecca honored his pivotal role in TNU history by bestowing to him a Mackey Leadership Award, which was accepted by friend H. Lamar Smith at homecoming 2021.

Smith recalled his time getting to know Best at Trevecca.

“I was drawn to him and determined to be his friend…One of the things I remember him saying was, ‘I am grateful to Dr. William Greathouse for giving me a chance.’  He successfully paved the way for others who would follow him.”