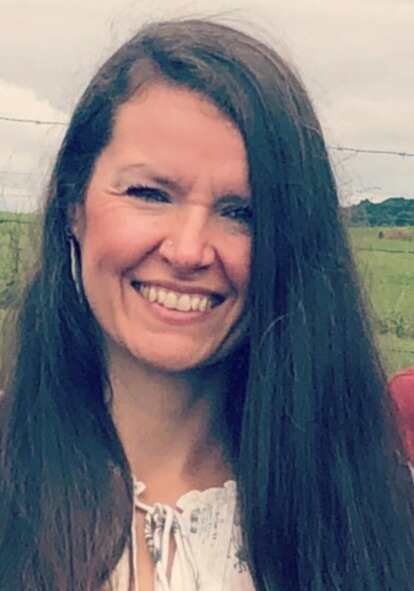 After a hiatus of more than 20 years, Amy Lawing decided to resume her education. She had left school to become a wife and mother but personal difficulties caused her to reconsider what she wanted her future to look like.

“In 2015, I got really sick and I was at a crisis of faith and I didn’t really have a plan but I knew that I wanted to be in a better place,” said Lawing. “I’ve always been a helper and I always knew that my role would be in the helping field.”

Lawing began to pray and dream about where the future would take her, and a career in counseling came to the forefront.

“God taught me to make my dreams the floor instead of the ceiling because he is bigger than anything,” said Lawing. “In 2015, I actually put down in a prayer book that I wanted to go to Trevecca and I wanted to become a marriage and family counselor.”

She finished her associate degree at Ball State and began working towards her bachelor’s in psychology with a minor in counseling at Trevecca. During that time, her ideas of the career she wanted to pursue began to expand.

“Since the pandemic I’ve chosen not to pursue marriage and family therapy because there is such a need for counseling for everyone: children, adolescents, adults and the older population,” said Lawing. “Instead I am going to focus on the generalized mental health counseling field.”

She will be graduating in May and beginning an online master’s program in mental health counseling with a certificate in substance abuse at Lindsey Wilson college in Kentucky. After, Lawing wants to meet the unique needs of populations in East Tennessee.

“Whatever direction I take, I want it to be God led and God driven. I’m from the Appalachians so I have been praying about the needs in the rural communities, their isolation and poverty,” said Lawing. “I think God is moving me back toward that area to bring help and hope to those who may not have access or the financial ability to have good mental health care. There is also a lack of education in substance abuse, crisis and trauma.”

Going back to school later in life has given Lawing a perspective that she knows she would not have had as a younger student.

“When you’re 45, you’ve lived life. You’ve had experiences and you know what you want,” said Lawing. “It's a lot easier for me to know what will work and because of my relationship with Christ, I have had a maturing of my faith that has made it easier to see where he is guiding me.”

She will graduate with her bachelor’s degree on May 7 and start on the next phase of her journey towards helping those in need.

“It’s surreal because I’ve known for over 25 years that God would eventually put me back into school, I just didn’t know how that would look or when that would be,” said Lawing. “So coming to the point of getting my bachelor’s degree is a triumph, it’s a victory.”