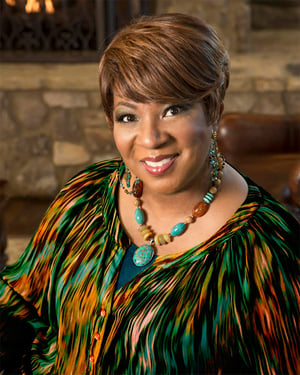 “How did I get into gospel music? I think gospel music got into me,” says Babbie Mason, a two-time Dove Award winner, Grammy nominated singer-songwriter, author and TV talk-show host.

As she adds to a long list of career accomplishments, Mason still believes she has more to learn – and that’s why this spring she’ll be part of the first graduating class in Trevecca’s African American Worship Studies program. The curriculum, which examines the history and culture of African American worship, has spoken to her on a personal level.

“It's been extremely cathartic because I grew up in the church, my parents are first-generation Northerners and they came from the South,” Mason said. “That is something we have read about in our classes. It's like seeing my family’s story written in the pages of the textbook.”

Beyond her choice to enter the master’s degree program, she has a bigger role to play in Trevecca’s Center for African American Worship Studies.

“She’s on the teaching team, and will be a speaker at African American worship workshops and conferences,” said Dr. Vernon Whaley, Trevecca’s associate vice president of program development for music and worship. “She’ll teach on anything that has to do with presentation and of course, she’s a master songwriter.”

The daughter of a Baptist pastor, Mason got her start in music at Lily Missionary Baptist Church in Jackson, Michigan, where she was born. She became the church pianist at the age of nine.

Eventually, Mason got married and relocated to Georgia, where she worked as a teacher. One day she went with her husband, Charles, to visit a megachurch in hopes of getting an opportunity to perform. Mason fervently believed that God would open doors for her to use her gifts.

“The church secretary said, ‘The pastor is booked for the next couple of months, but you can make an appointment to see him in 45 to 60 days,’” said Mason. “My husband said, ‘What about the music minister, can we see him?’ But he was unavailable, as was the youth pastor. Finally, he said ‘Well what if I want to get saved, is there anyone here who can lead me to Jesus?’”

As a result, Mason found herself in the office of the singles pastor, who after hearing her play, invited her to perform. Soon that hard-earned opportunity opened the door to many others.

“One thing led to another and by 1984, I was nudged out of the classroom because my calendar was so busy,” said Mason. “I took a leap of faith and quit my job, and here I am still traveling and singing and doing other things I never thought I’d be doing.”

Since those early days, Mason has had enormous success, earning two ASCAP awards and releasing 10 number one radio singles. Her songs have made it into hymnals, a television show and Denzel Washington’s blockbuster film Deja Vu.

Her ability to bring together different people from different backgrounds has been a staple of Mason’s time in music ministry.

“I play at a lot of white Southern Baptist churches and I try to bridge that gap between my life and my music and their life and their music,” she said. “I try to bring the body of Christ together as far as denominations and races and cultures.”

Mason’s accomplishments go far beyond her musical talent. She is the author of nine books. She also founded Babbiemasonradio.com, an online radio station where she gives artists a platform to share their creative and faith-centered endeavors. Through it all, she’s kept her eyes on what is most important.

“The best thing about Babbie is that she loves Jesus,” said Whaley. “And if you stick around long enough, she’ll teach you how to as well.”