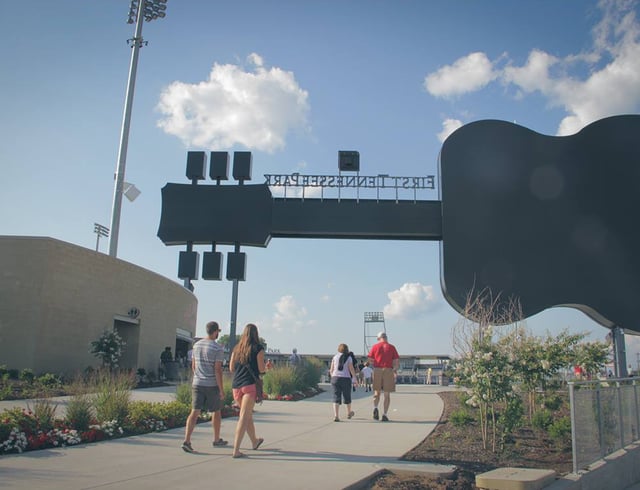 A Nashville Sounds game is enjoyable for many reasons: the mascots, the smell of the hotdogs and popcorn, the roar of the crowd, and the crack of a bat hitting a ball. But a lot of work goes on behind the scenes to make each game special, and the Sounds production team plays a big role in that. The lights, the music, and the on-screen games wouldn’t happen without the production team.

And at any given game, you can be sure that a Trevecca student is probably one of the people making sure all the lights, music and various other production elements happen.

For years, Trevecca students have worked closely with the Sounds, usually taking jobs and internships with the club’s production and live broadcasting team. Many students see this as a great opportunity.

“Having worked on Trevecca broadcast team for the past three years, I really have developed a passion for camera, work, and I really enjoy live broadcasting so much so that I even changed majors,” said Kelly Boyer, a Trevecca student. “So, the opportunity to jump in a real-world experience in a professional setting is beneficial to me because it allows me to perfect my ability to work in live broadcasting with professionals.”

Both Boyer and Andrew Cohen, a recent Trevecca graduate, handle various tasks with the Sounds production and broadcasting teams. Each of their roles are important to making sure that everything involved in producing a game runs smoothly.

“[The production team] plus the director, replay, camera operators and the sound, and the PA—everyone works together to make everything cohesive,” Boyer said. “Not just for the fans inside the stadium, but also for the people who are watching it online. It’s really cool to see how all those roles bind together.”

According to the students who are spending their summer working as part of the Sounds’ production team, the sense of community at the stadium isn’t that big a shift from Trevecca’s close-knit community. Boyer says that makes the transition from Trevecca to First Tennessee Park a little easier. 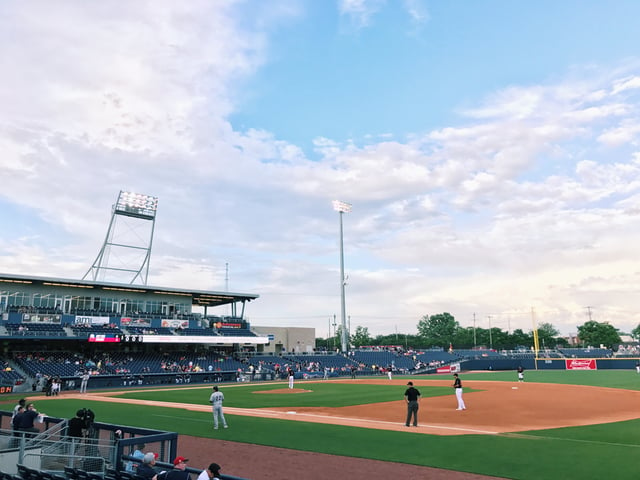 “Working with the Sounds is a lot like working for Trevecca,” Boyer said. “The production team is fairly laid-back, but they know what they’re doing. They look after each other, and they check in with one another. Everyone is understanding about things, and everyone is trying to help each other improve.”

With similar communities, it’s no surprises that Cohen’s favorite thing about working as part of the production team is the conversations.

Live broadcasting isn’t a field that’s easy to break into. Boyer says working with the Sounds organization often gives students the professional experience and relationships they need to get a job.

A good internship isn’t just beneficial for the student; it’s also valuable to the company. For Cohen, Trevecca’s long relationship with the Sounds’ production team has achieved that goal.