Names on the Wall: Clifford Hinson 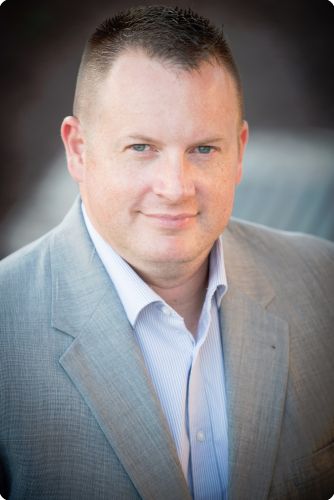 In 1996, the name Clifford Hinson was added to the wall in the Wakefield Fine Arts Building, one more name in a collage of hundreds who’ve completed their senior recitals since the tradition began in 1971.

Hinson graduated from Trevecca not once, but twice. He graduated in 1996 with a music degree and again in 1998 with an education degree. He recalls his time here at Trevecca as a great experience.

“It was enlightening and fun,” Hinson said. “It was nice to live away from home and to grow my wings. My college experience was very enjoyable.”

Hinson was born in Dayton, Ohio, but lived most of his life in Georgia where his father pastored many Nazarene churches. He currently resides in Richmond, Va.

During his time at Trevecca, Hinson was an active student.

“I tried to do as many things as I possibly could,” Hinson said. “I was in a few plays and musicals. I was sophomore class president and that was an interesting adventure as well. I also travelled with the school for a public relations group called New Direction. I basically tried to milk the college life for everything it was worth.”

Hinson filled his time at Trevecca with many activities, but says, he was at his happiest when he was performing.

“I had a lot of good times at Trevecca, but basically anytime I was performing whether it was with Trevecca Symphony Orchestra or with the Wind Assemble, jazz band and the plays and musicals I was involved with,” Hinson said. “Those gave me a great feeling and great times at Trevecca.”

After graduating, Hinson joined the U.S. Army Band. As a member of the U.S. Army Band, Hinson says most days start with physical training, then rehearsal with the band. Over the course of his career, Hinson has performed in 15 different countries.

Currently Hinson works in security and safety for the Army. He says Trevecca prepared him well for his career.

“The encouragement of discipline is what Trevecca instilled in me,” Hinson said. “One of the things they use to have was little cards in the window of the practice rooms that had little comments on there that said ‘When you spend your time in the practice room, you need to do your best because you are preparing for life.”

That wasn’t the only thing Hinson took to heart at Trevecca. He’s also never forgotten the Christian community atmosphere he experience on campus.

“[Trevecca] was a place where God was the focal point, and even in our music, we were constantly reminded of that,” Hinson said. “No matter what we played the idea was to do everything as if we was doing it for the Lord and therefore do your best. I think that was one of the biggest things that prepared me the most as a performer for my job.”

According to Hinson, though, his greatest accomplishment by far is his family. He is married to Emily Hinson, also a Trevecca alumnus, and the couple has four kids: Kaytlynn, Cegan, Kyra, and Carter, who all share their father’s passion for music.

In fact, Hinson is so passionate about music that he hopes to become a music teacher after he retires from the military. He plans to retire in the summer of 2018 after 20 years in the Army.

Hinson wants to encourage future graduates to follow his example and keep their minds open to where God may lead them.

This post is one in a series leading up to the dedication of Trevecca’s new music building, the Jackson Center for Music and Worship Arts on March 17 at 3:30 p.m. Each post highlights Trevecca music alumni who have signed the wall after completing their senior recital.