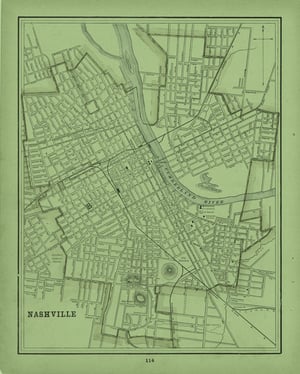 For some, it may come as a surprise that Trevecca Nazarene University isn’t the only college to sit upon this hill. Before the University—then Trevecca Nazarene College—moved to the Murfreesboro Road location in 1935, Trevecca’s current campus was home to Walden University, one of many first-generation institutions aimed at providing education to freed slaves.

So, in honor of Black History Month, here are a few facts about Walden University and Trevecca’s campus you may not know.

1. Walden University had faith-based roots, too.

Missionaries from the Methodist Episcopal Church first founded the school as a community school for freed children and adults. Around 1867, the Methodist Episcopal Church chartered the school as Central Tennessee College and began offering courses in teacher education, theology, science, agriculture and more. At this time, the college was located near downtown Nashville, moving to Trevecca’s current site in the 1920s.

In 1876, Central Tennessee College started a medical department, funded in part by a donation from Samuel Meharry and his four brothers. Over the years, the department continued to grow and added programs for nurses, dentists and more. Eventually, Meharry received its own charter and became an independent institution.

Due to declining enrollment numbers, Walden University changed its name to Walden College and moved to the location Trevecca now occupies on Murfreesboro Road. Walden College operated as a junior college until 1925 when it was forced to close. In the summer of 1935, Trevecca Nazarene College moved to the seven-and-a-half-acre plot, which featured three large buildings. After leasing the property for a few years, Trevecca purchased the campus in 1937. With his own funds, then Trevecca President A.B. Mackey purchased an adjacent eight-acre plot—which now contains the McClurkan Building, the Mackey Building and the Wakefield Fine Arts Building—and deeded it to Trevecca, doubling the campus’ size.

4. Trevecca has tried to keep the Walden name alive.

While the school closed in 1925, the name Walden hasn’t disappeared from the campus that once housed the University. A neighborhood adjacent to campus featuring cottages and townhomes is named Walden Village. The Flats at Walden Grove, a 126-unit apartment building owned by the University, also recalls the site’s history. In 2017, students formed the Walden Club, a campus organization for African American students.