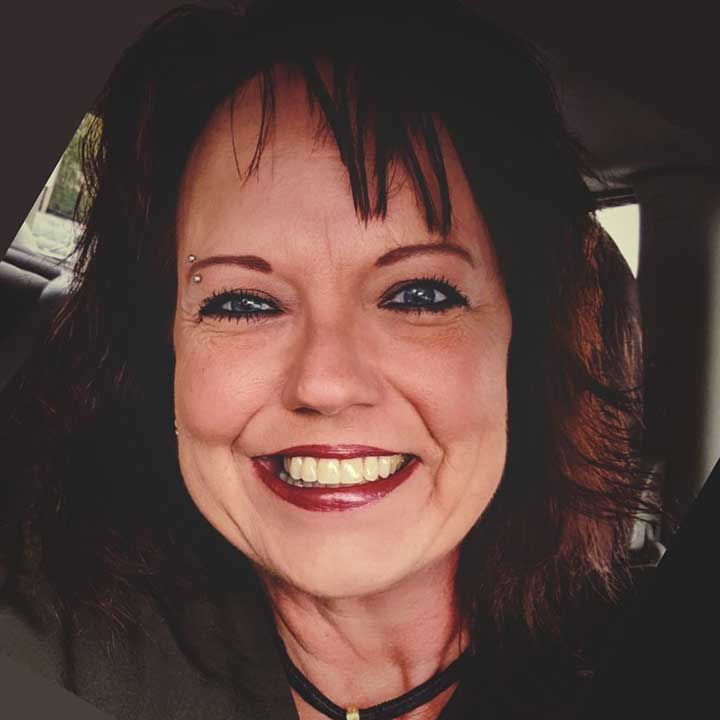 When Jenny Cobb decided to start her bachelor’s at Trevecca in 2020, the opportunity felt like both a new beginning and the happy ending to a life-altering journey that began in the eighties.

“I got married on my 15th birthday in 1987,” Cobb said. “I had just finished the seventh grade and I stopped going to school shortly after I got married.”

She earned her GED in the nineties but didn’t go any farther due to a series of adverse circumstances. In 2005, she began an associate degree at Columbia State Community College..

“I am in personal recovery from drugs and alcohol and that motivated me at the time,” Cobb said. “Everything that had happened in my life, including my struggle with drugs and alcohol addiction, gave me a purpose. It was a huge motivator for me to go back to school.”

Cobb had dreams of helping others, but it would be years before those dreams came to fruition.

“After I began working on my associate’s degree, I started this vicious cycle of relapse, getting myself into trouble, going to jail, and then going to treatment,” Cobb said. “My mother passed away, which sent me on a downward spiral in my personal life. I finally finished my associate degree at Columbia State during a period of sobriety.”

Following a few unsuccessful attempts at a bachelor’s degree, Cobb’s life began to change and after years of struggle, a new degree became a possibility. She was certified as a peer recovery specialist by the state of Tennessee in 2019 and began working at Cumberland Heights, Tennessee’s top drug and alcohol treatment center. She met an individual who was completing a degree at Trevecca and Cobb decided to try again, choosing the degree completion program in psychology.

“I chose psychology because I knew it would help me with my goal of becoming a licensed alcohol and drug counselor,” Cobb said. “Trevecca was a great experience. The instructors were so patient and helpful.”

As a student, she faced unexpected obstacles, once even withdrawing from the program due to health issues. But with the help of her enrollment counselor, she was able to continue and meet her class requirements.

“I had to take a break a couple of times, including when I had colon surgery,” Cobb said. “But the team at Trevecca was incredible. I had the same admissions counselor, Kailee Russell, through the whole process. Whenever I was ready to come back, she treated me with the same care and respect as if I was a brand new student.”

Throughout her various trials, Cobb has stayed motivated and has never given up on her goal of helping others overcome addiction.

“I believe with all my heart the only reason I am sitting here today is because of God. I know my purpose in life is to walk alongside others in their individual journeys,” Cobb said. “Every time I would have to take some time off from school, it was the passion God had put in my heart that helped me stay motivated and go back.”

Additionally, the opportunity to earn a degree gave her the chance to change generational patterns and start a new legacy for her family.

“My father had a third-grade education and my mother didn’t go very far beyond that,” Cobb said. “They married when my mother was 16 and my father was 22 and there has been this cycle of poverty, addiction and a lack of formal education. I wanted to break that chain.”

Her advice to others considering a degree is to never give up, no matter the struggles that have to be overcome or the time that it takes.

“People who have a lot to overcome need perseverance but if the desire is there, anything is possible,” Cobb said. “If you really want it, it doesn’t matter how long you’ve been out of school, it is achievable.”