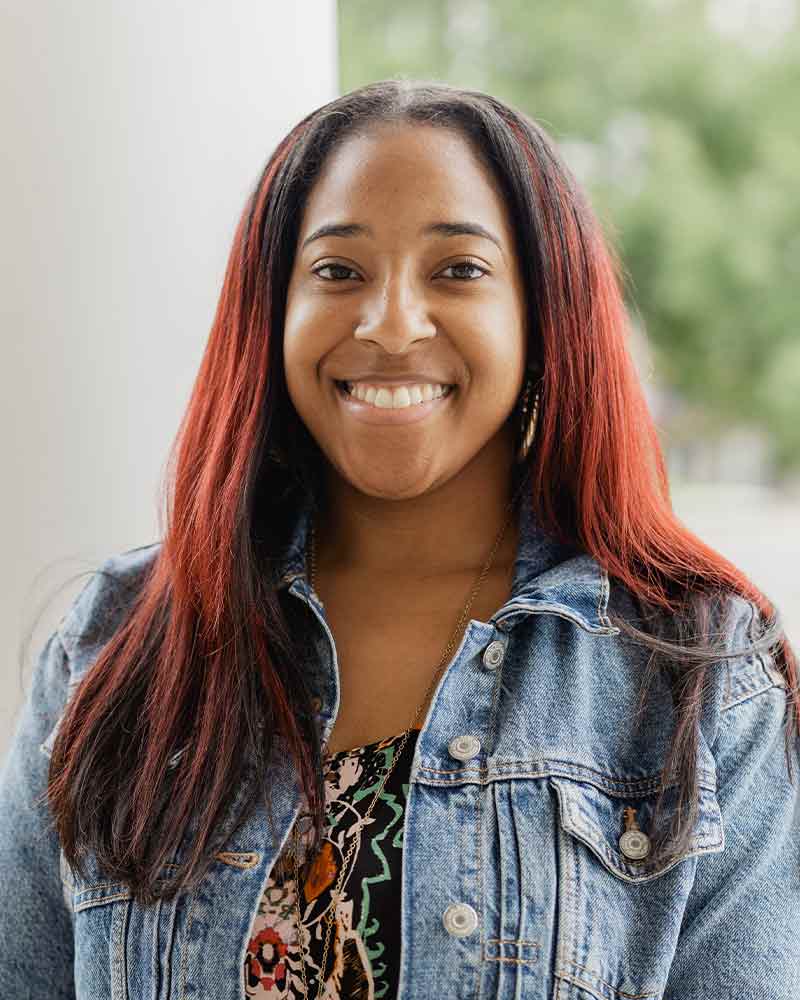 Ariell Tillman overcame obstacles to become the first in her family to graduate college. And she didn’t stop there.

After earning a degree in social work as an undergraduate, she worked in the field and began teaching college classes herself. Now she’s a full-time faculty member at Trevecca as well as a doctoral candidate.

Even as a youth, she didn’t let the absence of college experience in her family background stop her from setting big goals.

“When it came time to consider college, I knew I wanted to change the narrative for my family,” Tillman said. “They spoke college into my life from a very young age and as I got older and started recognizing family patterns, I saw a lot of my family go into the military or start working after high school. That said, my community in St. Louis was very college-driven, and I knew that was what I wanted to pursue.”

The application process for college presented its own share of challenges for Tillman, even with the support of her family, especially when she decided to leave Missouri.

“The only idea or thought I had about college was what I saw on TV, but I knew I wanted to leave the Midwest. So I ended up in Nashville at Tennessee State,” Tillman said. “My family didn’t understand all of the extra things that came along with preparing for college, but they were very willing to learn. They did a lot of research to prepare me even though they didn’t always understand the process.”

Tillman’s experience in college was a stressful time; she worked two jobs on top of work study to make sure her tuition payments would be met. Despite this, she seized every opportunity to get involved with the school community, joining the gospel choir and a Christian-based organization. Through it all she kept her focus on getting a degree.

“I had to learn to prioritize and say to myself, ‘You’re here to finish school. You’re going to become a social worker,” Tillman said. “It was stressful but it gave me the motivation to work hard and be the first person in my family to obtain a degree.”

After graduation, she worked in social work and eventually secured a spot as an adjunct professor at Trevecca. Now she is a full-time faculty member, serving as an assistant professor and director of field education in the social work program. She’s also extending her education as a student in Trevecca’s Ed.D. program in leadership.

“I never in a million years would’ve thought that I would become a college professor,” Tillman said. “Coming from a family that had never experienced college to becoming a first generation college graduate to teaching and pursuing a doctoral degree, it is mind blowing.”

One of the inspirations for Tillman to begin her Ed.D. was her nephew. She hopes to serve as an inspiration to him as he grows and pursues his own education.

“I want him to see that someone else in his family did it. I tell him he’s going to be a doctor as well. This is part of the legacy I am creating for my family,” Tillman said.

Her advice for students considering being the first in their families to go to college is hard work and trusting in God’s higher plan.

“You’re going to have some stressful times and some good times,” Tillman said. “But I look back on my journey of coming to Nashville and I know God ordained that. If it is in God’s will, it will happen for you. Put in the work and you will definitely reap the benefits.”