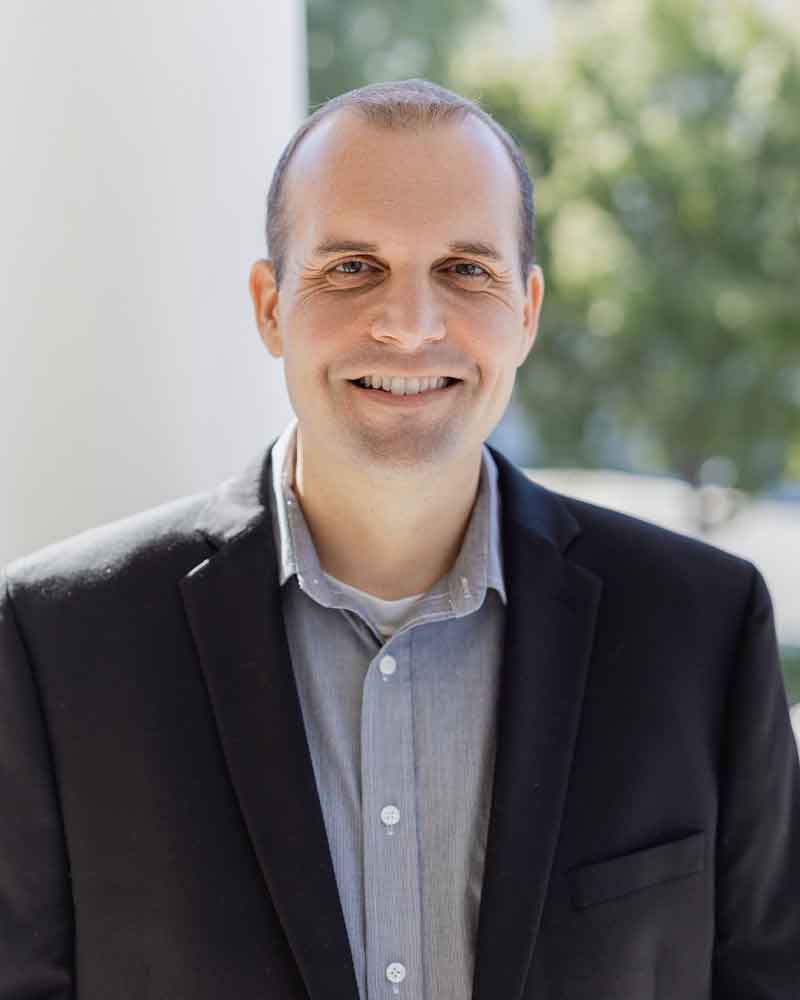 Seth Conley, an associate professor of film and television, was recently named a semifinalist in the Austin Film Festival for a screenplay he entered in the acclaimed competition.

His script “Tip Toe,” a comedic Christmas story, was one of only 283 scripts selected to advance to the semifinals among more than 10,000 entries that were considered—a record number of submissions since the festival began 29 years ago.

The screenplay, set in Washington, D.C., tells the story of a nine-year-old girl’s unexpected encounter with the President of the United States’ runaway son during the Christmas season.

Conley attended the festival in October. While he wasn’t chosen as a finalist, he says he was thrilled to make the cut as a semifinalist and participate in sessions with writers and directors of major films such as “Jumanji,” “Con Air,” “Iron Man 3,” “Lethal Weapon,” “Captain Marvel,” “Guardians of the Galaxy” and “Space Jam.” He also attended a session hosted by the development team for Pixar.

“It was phenomenal,” Conley says. “I’ve heard how screenwriting is a journey that takes time. I learned a lot in Austin and made some connections. It was a great experience that challenged me, taught me and offered insight on the next steps in scriptwriting.”

Conley says his love for media started at an early age. He got his first job reading news and weather at a local radio station at age 16 near his home in Indiana.

Throughout his career, he’s worked on both sides of the camera and in a variety of roles: shooting video, editing, producing, directing, anchoring, reporting, screenwriting and teaching.

Conley holds a Bachelor of Science in television and radio from Indiana Wesleyan University, a Master of Arts in public relations from Ball State University and a Master of Fine Arts in film and television production from Asbury University. He currently teaches screenwriting, directing, and film production at Trevecca.

Conely has entered his script in several other competitions. “Part of the process is getting feedback and rewriting the script to improve it,” he says. “I’m hoping it will find the right producer one day who is looking for a script like mine.”

In the meantime, he says the scriptwriting process has made him a better educator. “I understand the process of screenwriting much more,” he shares. “I’m learning to appreciate the uphill climb writers face in developing a screenplay and hoping to get it into a producer’s hands.”