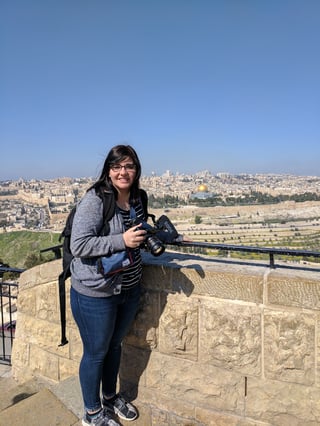 Over spring break, a team of Trevecca Nazarene University media arts and religion students traveled to Israel. While overseas, the media arts team, led by Professor Seth Conley, was charged with the task of creating a documentary called Your Kingdom Come. I was privileged to be a part of the film crew for this project, as Camera C operator and producer of the behind-the-scenes footage.

Our team of 25 gracefully conquered the 10-hour plane ride from New York City to Tel Aviv as well as the seven-hour time difference. We spent our first evening in Tel Aviv, located on the coast of the Mediterranean Sea. Our first filming location was Caesarea, where we saw ruins beside the sea before heading to Mt. Carmel.

On the first full day, everyone was experiencing jet lag. I remember trying to balance the responsibility of filming the documentary and the desire to have an adventure in a new country.

It didn’t hit me until the next morning when we were shooting a scene while sailing on the Sea of Galilee. Looking out onto the water that Jesus had once walked on, it was then that I realized exactly where I was and what this meant.

I was in the Holy Land. I looked at the still water and thought, Jesus was here.

In the midst of the chaos of touring, our team’s primary concern was shooting the documentary. At each site, we would “drop sticks,” or set up our equipment as quickly as possible. Camera A team would film interviews with either Tim and Shawna Gaines or Tim Green, while Camera B team would shoot B-Roll and my team, Camera C, would film behind-the-scenes footage. 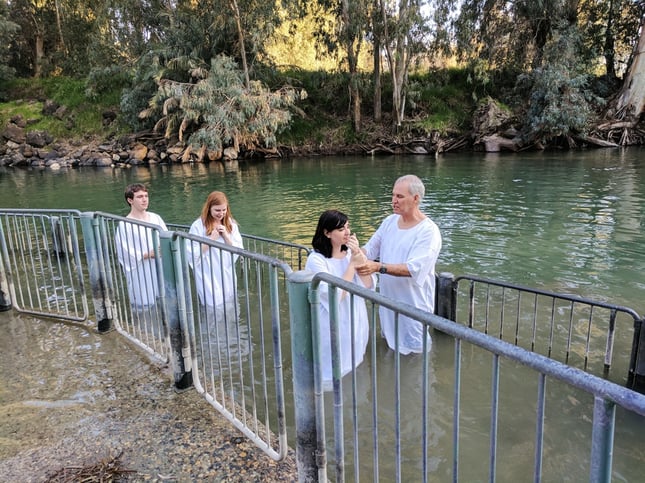 In just 10 days, we saw so much. Some of us had the opportunity to get baptized in the Jordan River. In one day, we visited Mount Tabor, the site of the transfiguration of Jesus, Nazareth, and the ruins of Megiddo.

On our fourth day, we made it to Jerusalem, my favorite city. In Jerusalem alone, we prayed at the Western Wall, sat on the steps where Jesus taught, walked the Via Dolorosa, visited the Garden of Gethsemane, and took communion beside the Garden Tomb.

During this short trip to Israel, our team of faculty and students became very close as we worked together on this movie and experienced a spiritual journey.

I am so grateful to have been a part of this project.

It was incredible to go on this trip and to see Trevecca students and faculty in action, all the way across the world, still working hard for the Kingdom, and loving with the same love that they have in Nashville, Tenn.

I couldn’t have asked for a better experience in Israel.