On Oct. 19, Trevecca will reveal the recipient of the Nina Griggs Gunter Servant Leadership scholarship in a special chapel service featuring Shirley V. Hoogstra, president of the Council for Christian Colleges and Universities (CCCU).

To be named a finalist, students had to first be nominated. A committee of faculty members, administrators and a representative of the Gunter family then narrowed the field to five. Read on to get to know each of the finalists! 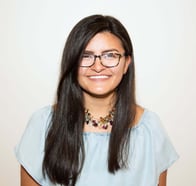 Born in Mexico City, Mexico, Sofia Guerrero currently lives in Hermitage, Tenn., with her family. She is a 2012 graduate of Cane Ridge High School and transferred to Trevecca from Western Kentucky University in 2014. Guerrero is an active member of Iglesia Bautista Experanza Viva in Antioch, Tenn., and is the president of Futuro, a member of Trevecca’s Diversity Council, the Trevecca Student Society and the Commuter Council. She is also active in the community, serving as a member of the Executive Education Council of Equal Chance for Education, a member and volunteer for YMCA Latino Achievers and a republic leader for Barefoot Republic Camp.

What are the characteristics of a servant leader?

The characteristics that describe a servant leader are compassion, motivation, awareness, [being an] active listener, empathy, but most importantly, a God-follower. My mentor and friend Jacky Gomez has been an example of servant leadership in my life and in my community. She has been a role model for many young women, has shown love for service and has always been quick to lead others in God’s path.

Danielle Moll, who grew up in Chandler, Ariz., is the captain of Trevecca’s volleyball team. She has served in various athletic and student leadership roles throughout her Trevecca career. She currently serves as the president of the Student Athlete Advisory Committee (SAAC) and vice president of the Love Your Melon Crew at Trevecca (an organization that provides hats for children battling cancer). She has actively worked to organize fundraiser events through SAAC over the past few years, supporting the Make-A-Wish foundation.

A servant leader is someone who puts others and their needs above their own and is always willing to do what other won’t and jump into any situation and help in any way that they can. I think the biggest example of a servant leader in my life has been my mom. In all situations, she tries to help in any way she can. She also pours herself in everything she does and does nothing half-heartedly. 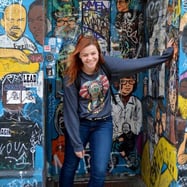 Grace Savage has been an active member of the Trevecca community since coming to the University as a freshman. She has led discipleship groups, served as a resident assistant, a classroom assistant and is a member of the first leadership team for the student-led worship meeting, SOMA. In 2016, she was awarded the Hebrew award. For her senior year, Savage made a choice to step down from most official leadership and service roles and spent her time being more intentional in her efforts to connect with and serve others. She has been an active part of Trevecca Community Church throughout her time at Trevecca and currently serves with the youth and assists in serving communion.

When I think of a servant leader, I think of an individual who embodies the character of Jesus. If we take the logical conclusion that following Jesus leads to our own death (and resurrection), I think a servant leader is someone who recognizes this and can say with Paul, “I no longer live, but it is Christ who lives within me.” There are two examples of servant leaders in my life: my parents. Growing up, they lived what it meant to sacrifice their own needs, wants, desires and comfort not only for their family, but also for total strangers, too. I don’t’ think I would be half the person I am today if it were not for the example of my childhood.

Lindsey Seller
Junior
Social justice major, with a minor in nonprofit and business

An active member of the Trevecca community, Lindsey Seller has also embraced opportunities to serve throughout the city. She is helping to plan the 2018 MLK Jr. Day of Service with representatives of several colleges and universities throughout Nashville. She also plans to participate in an emergency winter shelter program with Room In the Inn and serves as a soccer referee for the Heartland Soccer Club. At Trevecca, she has served as a resident assistant, social justice department ambassador and the co-volunteer coordinator for the newly formed Rotaract Club. She has also served as a TREK peer mentor, been a member of the freshman leadership board, Trevecca honor society and is involved with women’s prison ministry through Trevecca Community Church.

The best leaders are those who truly take the time to listen, who seek the good of their community rather than their own priority and who are able to mobilize the strengths already in place within their group. I have seen each of these characteristics in Stacey Johnson, a dance instructed in Oklahoma City whose life is marked by her ability to love and serve those others cast aside. While learning from her how to reach a group of kids I was mentoring, she advised me, “Where ever you are, be all there.” Stacey radiates love with every connection she makes. Her heart for the Lord is evident in the way she loves and leads her dance studio turned ministry.

Mary Elizabeth Waters will graduate in December 2017, a semester early. She currently serves as the children’s ministry director/pastor at Bethel Church of the Nazarene, a role she has filled since January 2016. She has previously served as the volunteer coordinator for Trevecca for Room in the Inn, served as the student leader on last summer’s trip to Croatia and is currently serving as the TAG intern. In addition, Waters served as a resident assistant in Johnson Hall for two years.

I think that first and foremost, the main characteristic of a servant leader is Jesus. Not particularly in what the person says, but in what they do. Jesus is reflected in how they treat others and serve others. All characteristics that come after can also fall under the category of Jesus. Humility, splagchnizomai (a compassion that moves), honest, empathetic, understanding, the list could go on. My dad has been the biggest example of servant leadership for me in my life. He is always thinking of others, the most loving man I know, and works hard, not for his own gain, but so that others may benefit. He once told me about his job, “Whenever I work, I always work not so that I can keep my job but so that the job can go on without me.” He has a high position at his job, and he uses it to give jobs to those in need, who couldn’t get jobs elsewhere; to give to those who have lost or who have nothing; to pay for college for three children and take care of his wife. My dad is an amazing man and has been empowering me as a woman my whole life.