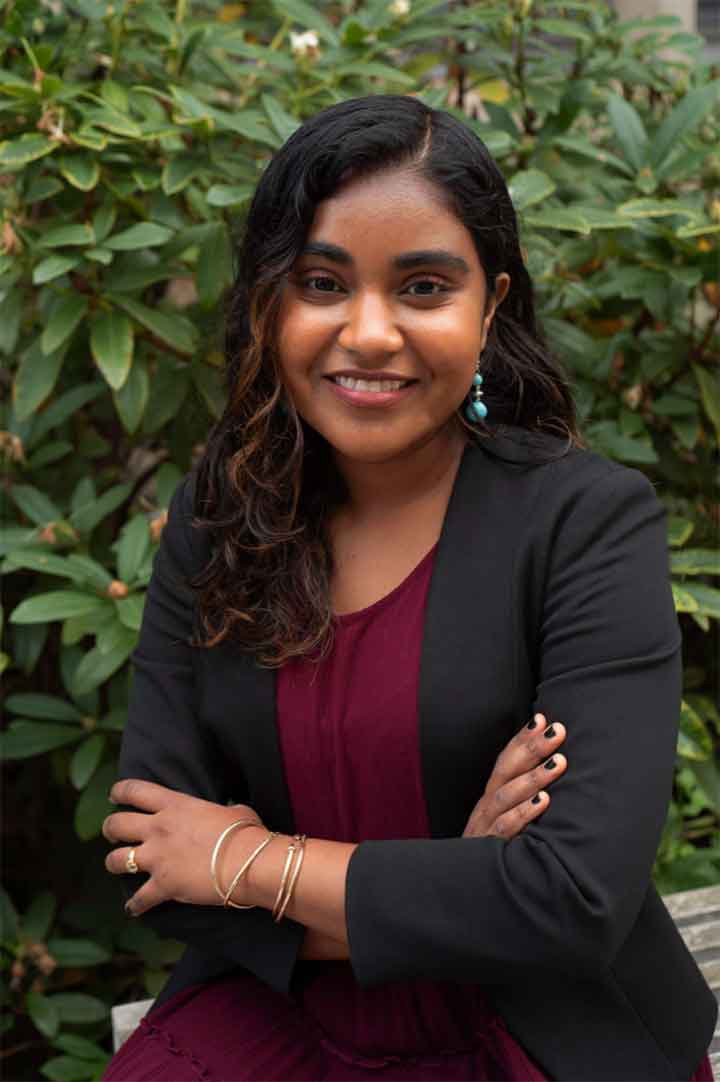 Tabitha Sookdeo didn’t know if she would get to attend college. Originally born in Guyana and raised on the island of St. Martin, she came to the United States with an undocumented status, and that made it very difficult to pursue higher education. As she was deciding on what to do with her future, she got involved with social justice work that was happening at her grandparents’ church.

“I did a lot of social justice programming and I would invite different speakers in the community to talk to the congregation about different social issues,” Sookdeo said.

At one point, she invited a speaker from World Relief, a refugee resettlement agency in Jacksonville, Florida. During the presentation, a World Relief representative discussed the widespread presence of undocumented immigrants in the community. It struck a chord with Sookdeo, and she was moved to reach out to the organization for a different reason.

“A few weeks later, I emailed the speaker and told him that I was one of those undocumented folks,” Sookdeo said. “He was shocked, and it just confirmed for me that being undocumented is really so multi-dimensional. Everyone’s story is so different and so complex.”

This was the first time she had shared about her undocumented status, and it opened up opportunities she could have never imagined. The World Relief contact asked her to share her story on Capitol Hill in Washington, D.C.

Bravely stepping out to share her story ultimately put her in contact with Joel Tooley, a Nazarene pastor from Florida. Tooley reached out to Trevecca on her behalf and introduced her to Jamie Casler, director of the J.V. Morsch Center for Social Justice. A combination of scholarships from Trevecca and a local nonprofit covered all her expenses to pursue a degree. She attended and completed college as a social justice major with a concentration in environmental justice, aspiring to a career helping immigrants and refugees affected by climate change.

“When I see the impact in the Global South, where people used to farm but now the land is a barren desert because of drought, or where sea levels are rising, I know we are causing people in these places to have to move,” Sookdeo said. “And often they move to the United States or Europe. It's really unfortunate to see these cycles play out.”

Trevecca played a large part in shaping her perspective and giving her the chance to form real-world connections.

“Trevecca has been so transformative in my life, especially in learning how issues of climate change and migration come together, which I experienced working on the Urban Farm and meeting migrant farmers,” Sookdeo said. “My education pushed me to think about how systems all worked together. I think my degree from Trevecca has really taught me to have an intersectional lens.”

Now, she continues her justice work as the interim director of community engagement at IRIS, a nonprofit that offers services to refugees and immigrants in Connecticut. She is also pursuing multiple graduate degrees: a J.D. from Vermont Law School and a Master of Environmental Management (M.E.M.) from the Yale School of the Environment, with plans to graduate in 2024 and 2025, respectively.

“At one point I was really interested in litigating, but through my law classes I have found that it can be very isolating,” Sookdeo said. “I want to be in community, so I would like to be an executive director for a refugee resettlement agency, or work for the United Nations in a project management capacity.”

Throughout Sookdeo’s life, the theme of service and justice has been constant, even in the face of difficulties.

“Growing up, my family and my culture in the Caribbean and South America were pretty much about welcoming folks, making space at the table and providing radical hospitality,” Sookdeo said. “I always feel myself being pulled back to serving others.”