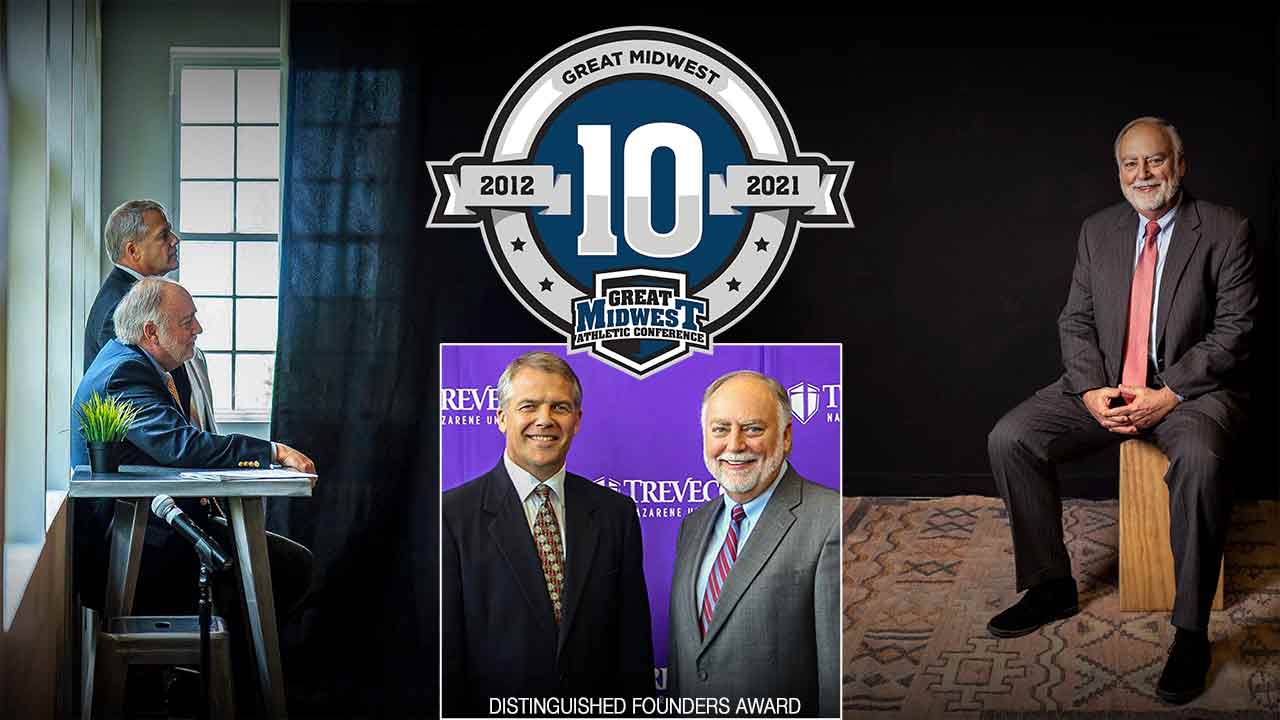 In conjunction with the Great Midwest Athletic Conference celebrating its 10th anniversary during the 2021-22 academic year, the Great Midwest 2022 Distinguished Founders Awards acknowledge six individuals who have made significant and distinct contributions to the origination and success of the Conference. Two of the six inaugural honorees are Trevecca Nazarene University president Dan Boone and Trojan athletic director Mark Elliott.

Cedarville University, Kentucky Wesleyan College, Ursuline College, and Trevecca Nazarene University are four of the great Midwest founding and charter member schools who remain in the league. The other two original members are Urbana University and Central State University,

The Distinguished Founders Awards recognize these six individuals for their dedication and service as a founding member of the Great Midwest.

Additionally, these six are recognized for their exemplary leadership and loyalty to the Conference and are recognized as a catalyst to the initial and ongoing success of the organization.

All six Distinguished Founders Award honorees were recognized at the conference banquet on Tuesday evening.